You’ve always been the personal growth type. A seeker, an expander-- someone who wants to access her greatness.

And up until now, you’ve overcome so many barriers to that. Taken risks, leaps of faith. Accomplished big goals and milestones.

There is this lingering “ideal version” of you swirling around in your brain.

You can feel it.
You can see it.

This version of you...

And you’re over here.

With a bunch of murky blocks standing in your way.

You see other women as examples of who you want to become in your life or on social media, and you make attempts to step into that, too.

You tried the good ol’ morning routine, but a few days in, you’re back to scrolling on Instagram the second you wake up. And then you get angry at yourself for doing the same old sh*t… Again.

You’ve worked on your relationship with food, but things still aren’t totally clicking. You still don’t feel your best, and you’re either overthinking all of your food decisions, or you find yourself ending work at 6pm, having nothing planned, and frantically putting together a less-than-inspiring meal. You want better for yourself.

You actively try to be kinder to yourself, but you end up still beating yourself up for not being productive enough, smart enough, cool enough, pretty enough, interesting enough, or just plain ENOUGH.

You want to get to the next level in your business, but have a hard time believing in yourself and trusting yourself enough to show up powerfully. You see other people doing it better, and you’re easily defeated! 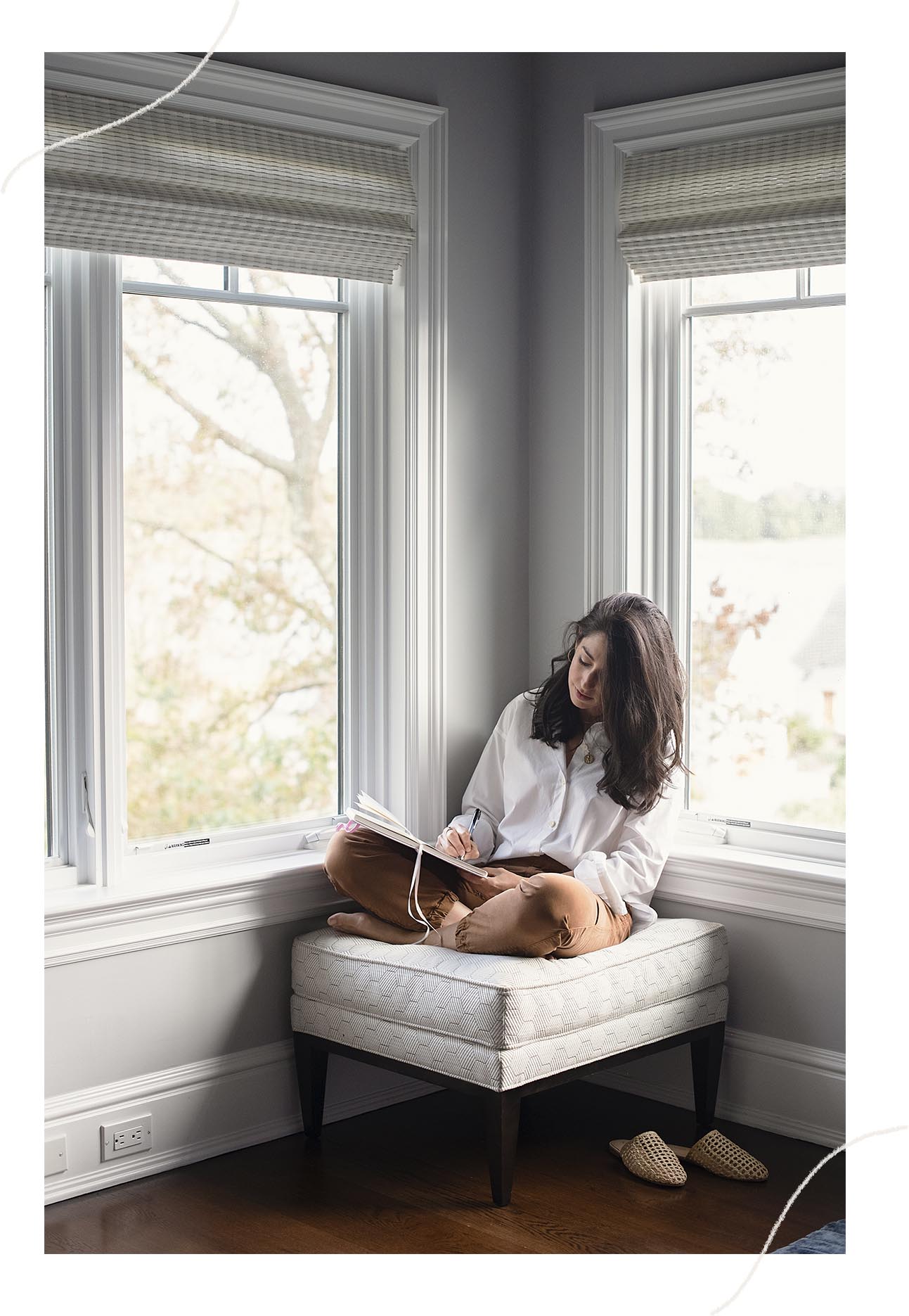 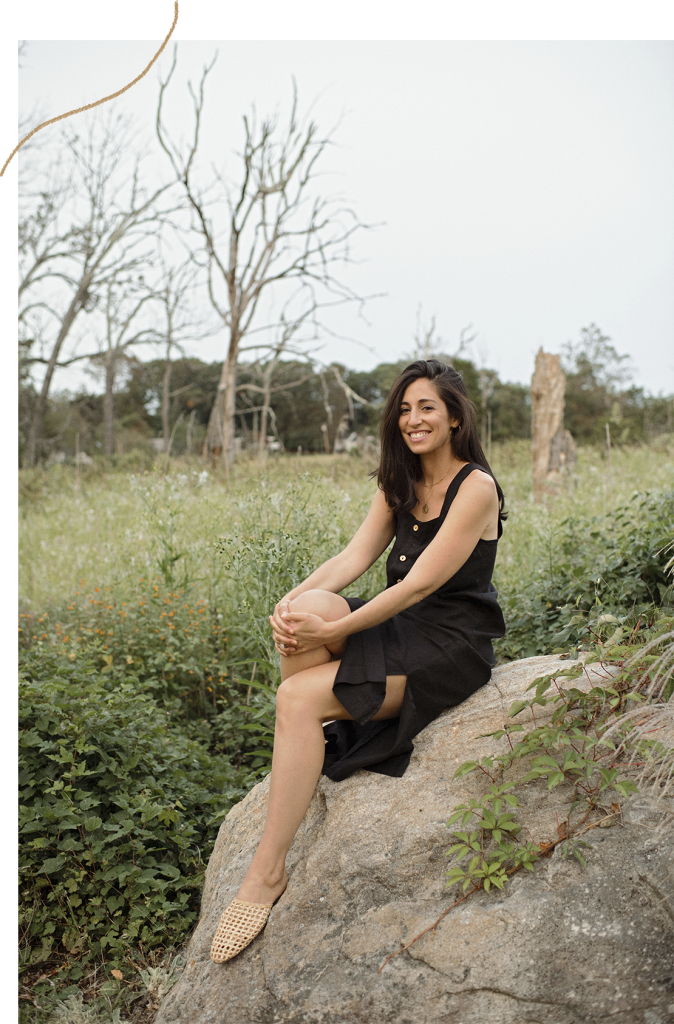 Trust me, I know what it looks and feels like to constantly get in my own way.

I wanted to experience the confidence I saw other people embody, but internally, I was criticizing myself all day long.

I wanted to feel alive and sexy in my body, but behind closed doors, I was treating her like crap and totally disconnected from her.

I wanted to show up in dating and relationships boldly as myself, but deep down I was doubting if being me was even good enough.

I wanted to follow my instincts with my business, but I questioned my intuition and worried about what others would think.

Instead of letting all of the above keep me stuck and small, I chose to see these things standing in my way as lessons for my evolution.

It took a whole lotta support and guidance for me to become the woman I am today-- to break down my insecurities, my blocks, my old stories-- and design the life I have now.

It all gets so much easier (and you can evolve so much FASTER) when you have support.

Someone who’s going to guide you toward your own intuitive answers.

Someone who can see the ways you’re getting in your way that you can’t quite see for yourself… and lovingly call you out on it.

Someone who can envision you at your highest potential and light up the path for you to get there. 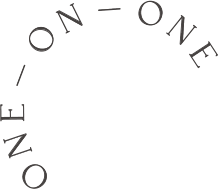 I’ve privately coached hundreds of women as they’ve evolved in all sorts of aspects of their lives: from finding ease and joy in their relationship with food, to finding confidence and self-assurance when dating and in their relationships, to creating a life and business that lights them the heck up. 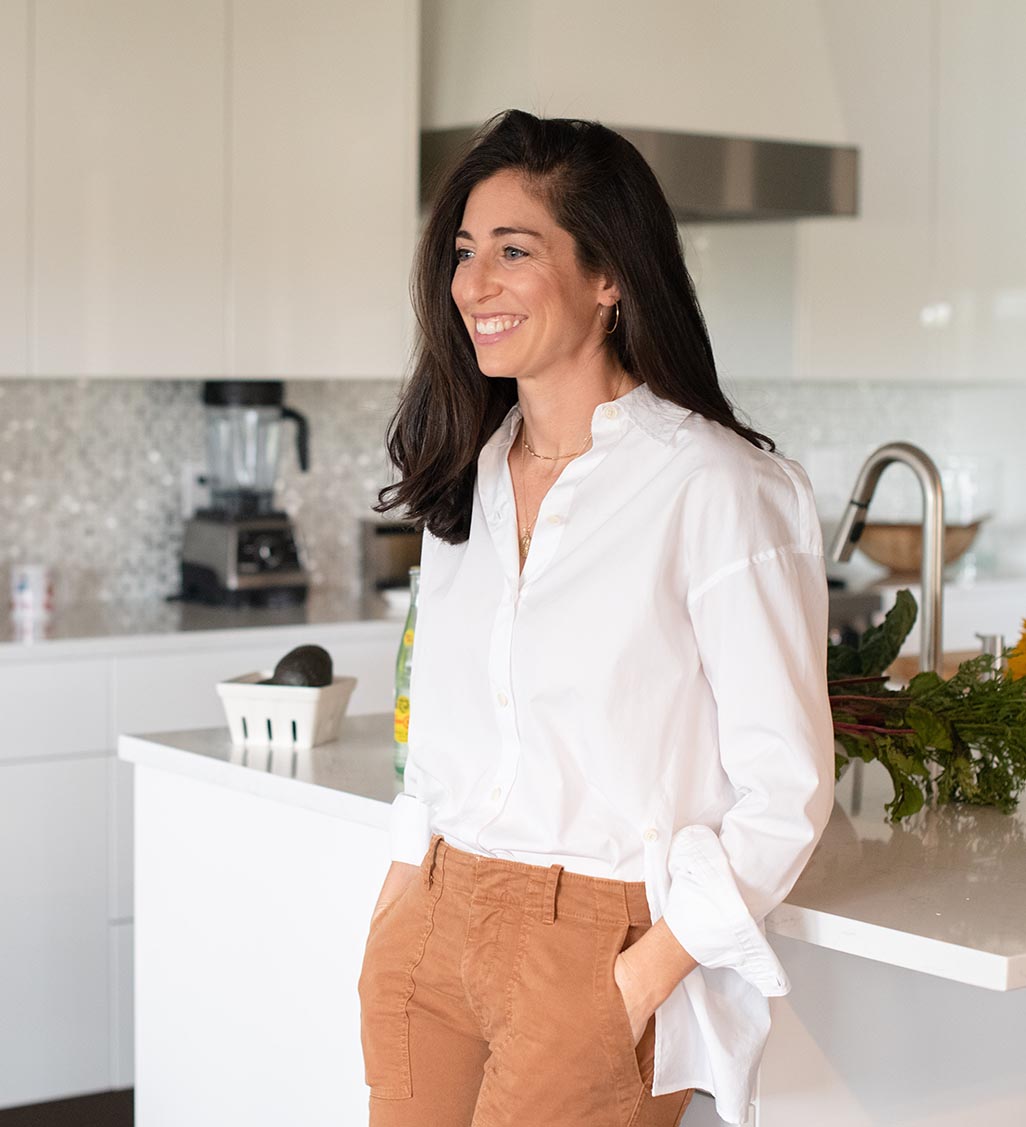 If you think this might be for you,
let’s dive into how the Private Coaching experience works.

It is a special experience, if I can say so myself!

Although each program is customized and all about YOU, here are the types of transformation you can expect during our time together. You will:

Stop finding yourself in the same old self- critical, self-defeating patterns keeping you feeling stuck and not good enough. Instead, step into self-leadership and lead yourself toward your greatest potential, every damn day.

Feel even better in your physical body so you can go after what you want with gusto: more consistent energy, better sleep, and a clear mind. Know how to feed yourself in a way that fits perfectly into your lifestyle, fuels that beautiful body of yours, and is exciting and delicious.

Stop living from a place of “shoulds” and instead from the magical essence of your intuition and your soul.

Create a Life You Love

Design a life that lights you up. Learn how to plan your week and your days to set you up for intentional, productive, balanced days. Clear out habits that you know aren’t serving you and adopt new ones that elevate you to that next level.

Learn how to put an end to constant stress about everything and relax into more joy and pleasure, even in “hard” situations.

Discover what's actually true to you in all areas of your life. Rather than being molded by external expectations and what everyone else thinks, learn to rest into who you really are. Find the beauty in being authentically you.

"Working with Jamie was the most valuable experience of my life, and I consider it an irreplaceable gift to myself. She is a beautiful person with the kindest soul, and every time we spoke, I felt her love and compassion for me. She treats every client like a close friend, and you really do feel it."

"Jamie has truly changed my life. There’s not a day that goes by when I don’t think about her and the impact she’s had on me. Everyone keeps asking me what I'm doing, and I immediately tell them to go check out Jamie!"

"Nothing has helped me the way working one-on-one with Jamie has. My body is feeling healthier and lighter than ever, but I have to say that the emotional and mental results I’ve seen are the biggest takeaway."

"I wondered if I would be able to gain new insights from private coaching because I have been a psychotherapist for 14 years. But my concerns were unfounded as working with Jamie has been worth every penny."

"I can’t even begin to describe how amazing it is to work with Jamie. She leaves no stone unturned! I never realized how many parts of my life have factored into my long time struggle with food, my weight and my confidence. Jamie and I literally talked about everything and she became way more to me than 'coach'."

"The biggest shift for me was learning self-compassion, and to let go of the thousands of things I felt I 'should' be."

I feel like an entirely different person after working with Jamie. I learned to listen to and trust my intuition, have deep compassion for myself, show up authentically in my relationships, and pursue career choices that make me truly happy. On top of that, I've also mended my relationship with food, but working with Jamie unlocked so many foundational things that the food and body image stuff became secondary.

I can't even choose a single area of my life that Jamie’s process impacted the most, because her work is so foundational that it trickles through every part of my life. While working with Jamie, I've changed careers to a role that has felt much more in line with my natural skillset, moved across the country to a new city and nurtured deep authentic friendships on both coasts, and am in a great romantic relationship where I'm much more able to advocate for my needs. Jamie has been a huge source of guidance and support through a number of major decisions in my life.

Working with Jamie is life changing! To be honest, I've been skeptical of the concept of life coaching, but Jamie resonated with me from our very first consultation - she gets it; she is a balance of intuition and credibility. Her programs and advice are actionable (important for a type A person like me).

Overall, I have never felt more at peace with myself than I do today (and my loved ones have observed this shift as well)!

"Jamie is one-of-a-kind and it’s hard to explain the experience of working with her in words."

Working with Jamie allowed me to develop a deeper level of self-trust than I ever thought was possible. Being an entrepreneur can feel overwhelming and isolating but my work with Jamie helped all of that to melt away. She allowed me to feel seen, heard, understood, and truly supported beyond my business -- as a human.

Instead of constantly comparing my business, my voice, and my choices to others, Jamie helped me to quiet the noise and connect within. She has this magical way of combining wisdom with curiosity.

Over the years of working with Jamie, she’s guided me to evolve and align my business as I’ve grown. Jamie is one-of-a-kind and it’s hard to explain the experience of working with her in words. After all, how do you adequately describe when someone comes into your life and changes it for the better? I'm forever grateful for Jamie's presence in my life.

"Working with Jamie is simply divine. She offers perspective and clarity that has helped me completely shift how I see myself and my life everyday."

Before I started working with Jamie I was struggling with body image, emotional eating, and a hateful inner critic. I was in a job that I hated, I could barely look at my own reflection in the mirror, I hated my body and suffered from constant low energy.

I found Jamie, and I'm so grateful that I did! Once we began our work together my life began to alchemize. The self-hatred began to subside, I welcomed more pleasure in my life (beautiful foods, new experiences, deeper connection with my partner), and I magnetized a new job.

Jamie's expertise helped me shift my mindset around food, life, my body, work, and my most intimate relationships. Working with Jamie is simply divine. She is grounding, supporting, and offers perspective and tactical clarity that has helped me completely shift how I see myself and my life everyday.

Today I can confidently say that I'm living my life with more authenticity, integrity, and compassion due to my work with Jamie. I've healed my relationship with food and now view my body as a beautiful vehicle for my spirit. I trust life and I deeply trust myself and my resilience. I show up with gratitude and a deeper understanding of my own power due to my work with Jamie. I would HIGHLY recommend working with Jamie if you are ready to take your relationship with yourself to the NEXT LEVEL! If you feel capable of designing your life there is no better co-captain than Jamie!

Want to explore working together?

Let’s see if we’re meant to be!
Here are the steps forward:

Fill out THIS application and let me know you’re interested + why.

Within 48 hours, I'll confirm if working together feels aligned, and send you a link to schedule a complimentary chat.

We’ll go over all the deets on our call, you decide if you want to say “YES!” and then we begin!

You receive a welcome packet with everything you need to get started and we kick this incredible journey off.

I can’t wait to receive your application + explore working together!