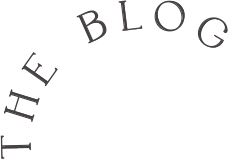 If we were having coffee, this is what I’d tell you… (about to have a baby edition)

I am so excited to be finding the time to sit down and write this one to you today.

These “if we were having coffee right now” posts have been some of my favorite from over the years, as well as yours. It’s such a fun time to get to connect, heart to heart, as if we were sitting at a cute cafe sipping on cappuccinos together.

So let me set the stage. I’m currently sitting at a cafe outside, sipping a half caff cappuccino, waiting for my eggs and toast to arrive. I’m due with our first baby in two days, and trying to position myself in this chair so that it doesn’t trigger my “lightening crotch”, which is a very real thing in pregnancy LOL. And, my heart is so ready to talk to YOU!

So let’s dive in…

If we were having coffee right now, I would tell you that the fact that we are due in two days feels so surreal. I have really had a hard time wrapping my mind around the fact that it is here… it is happening so so soon. This little girl who has been in my belly for 9+ months will be in our arms in a matter of hours. It just doesn’t seem real, but I know it IS so real. I am scared, nervous, excited, overwhelmed, and truly feel all the things. I’ve stopped trying to make sense of any of it, because how can we really? Sometimes these transitions in life are so huge that our brain just doesn’t know how to make sense of it, because they are so new and different. So I’ve just settled into the fact that it feels like I am spinning and swirling and feeling out of “control”, and that is perfectly normal and okay. Sometimes we need to let life feel out of control, because it simply needs to be.

If we were having coffee right now, I would tell you that we still don’t know the name (!!!) and it’s stressing me out 🙂 We are down to two top contenders, and they are very different. I am hoping and praying that once we see her, we will just “know”, but what if we don’t and we are in the hospital scrambling to figure it out. LOL…. oy. Ryan is much more chill about this and trusts we will figure it out, so I am just leaning into his confidence and trusting him.

If we were having coffee right now, I would tell you that I feel a lot of unexpected mixed feelings about ‘maternity leave’. When you have your own business like I do, you can really make maternity leave whatever you want it to be. Most people take some sort of time off, and that’s always what I figured I would do, too. However, I can’t deny that I feel really sad about it, too, in a way I didn’t expect at all. I have never loved my business as much as I have in the last 18 months and truly feel like it is also ‘my baby’. It is my creative outlet, it’s where I get to experience the most personal growth, it’s such an exciting, invigorating, and life-giving part of my life, and it really just lights me up so much! So even though I intellectually know I will be in ‘baby world’ for awhile and I won’t have the same time or energy for my business as I am adjusting to being a mom, there is this lingering part of my brain that is like, ‘but do I really need to take time fully off?’ ‘can’t I do both things somehow?’ ‘I don’t WANT to step away from my business!’. I’ve really sat with all of these questions and feelings, and honestly, I don’t have the answers, but I AM recognizing the desires and the friction within me. Maybe there IS a way I can do both things in a way that isn’t ‘the norm’ but that works for me. Maybe I don’t take on private clients for a bit, but I show up in other ways. I don’t know?

I’ve been looking at other female entrepreneurs who’ve recently had babies and did not take a conventional maternity leave, and rather found a way to do both in really interesting ways, and it inspires me so much. They show up tired, groggy, with a baby on their boob, and still serve and create and sell. It’s been eye-opening for me to watch – maybe there IS another way. Anywho, all of this to say… I have no answers. I am just listening to the part of me that might want to do it differently. That might still want to show up in those first few months. That might not. I have no idea. I am just present to it all and trying to honor myself and my highest excitement vs. what I think I “should do”. And we shall see!

If we were having coffee right now, I would tell you that our home build is moving along so quickly! ICYMI, we are building a house here in Jupiter, FL, and living with my parents in the meantime. The builders actually moved UP our move-in date as things are moving so quickly, and the current plan is for us to be able to move in around August. It’s been so cool to watch the house that Ryan and I have poured SO much of ourselves into go up. At the same time, building a house has been sooooooo much more work than I ever imagined. It’s one of those things that I don’t think you truly “get” unless you’re in it. Before we built, I was like “oh it won’t be that bad!”… um… HA… it is. And it’s so hard to explain all of the work that it takes, but I know so many of you have done builds or renos and get it… it’s just a lot. However, I am crazy and keep saying I would 100% do it again. It’s so stressful but also so fun. And Ryan and I are having the best time doing it as a team. We divide and conquer, we work so well together, and it’s been so cool creating something beautiful with him.

If we were having coffee together, I would tell you that I was so worried that Ryan and I were not getting the ‘relationship time’ we needed before bringing a baby into the world, but in a weird turn of events, I feel like we are exactly where we need to be. I haven’t shared much about this, but last year I had a lot of hard moments grappling with some of the choices we’ve made, and how things were panning out in the bigger picture of our lives. I was frustrated that we were living with my parents for SO MUCH longer than we ever intended (it will be 2.5 years by the time we move out), I didn’t know how we ended up in this home build process that was majorly delayed and taking so much longer than we ever thought, I wasn’t even sure if we wanted to be in Florida. Ryan and I were questioning everything, and feeling so incredibly “unsettled” in our lives. When we realized we were having a baby, I had a tough time reconciling how I “thought” my life would look when we brought a baby into the world vs. how it was.

I worried that Ryan and I weren’t getting enough time to independently build a life together and get settled before having a baby. In an ideal world, I envisioned us having our own routine, in our own home, and being settled in that before introducing this entirely new element. That’s how I thought it ‘should be’. Instead, we are living with my parents, hardly have alone time, all of our stuff has been in storage for two years in San Francisco, and we are in the chaos and stress of building this house. Nothing in our lives feels ‘settled’ right now.

We considered moving out of my parents’ but trying to rent in this market during peak season just didn’t make sense.

So, I decided to just try to accept that this is how it is, and make the most of it.

And now… two days before our baby is due… I can say that I feel like it all worked out exactly how it was meant to. I have never felt more solid in the foundation of my relationship with Ryan, more in love, or more ready to do this with him. I think that going through so many of the hard conversations we’ve had in the last year, managing a lot of stress together and learning how to support one another, and figuring out what our relationship needed every step of the way has only brought us closer. We have learned to communicate about EVERYTHING – all the things we didn’t want to admit or say, all the hard stuff, all the feelings, all the needs, everything… because we’ve really had to.

And going into this baby coming into our lives, I just feel so close to him and so ready to do this with him. It’s weird how life has a way of giving you exactly what you need… I really feel like although it looks so different than I thought, we were given everything we needed in the last several months to go into this next step feeling so solid. Thank you, Universe.

If we were having coffee together, I would tell you that like I mentioned above, I don’t know what these next few months will look like around here in my business, but here are some tidbits about what you CAN expect for the time being. I did wrap up with all of my 1:1 private clients, and am going to be taking a break from 1:1 coaching at least for right now. I added a Wait List to my Coaching Page, and if you’d like to apply for coaching for when I return in a few months, you can go ahead and do that and I’ll let you know as soon as things open up. I likely won’t be dropping into your inbox for a bit, so this is likely our last email exchange for a little while. But I DO imagine still being on Instagram sharing snippets of mom-life and sharing how I am navigating this new phase. I would love if you want to come and hang out over there!

I also want you to know that you can still sign up for Your Coaching Flow anytime, which is my course all about how to create a thriving 1:1 coaching practice, as well as peruse my other online courses and offerings! They will always be there for you.

I think that’s it for now, friends. I treasure this community and I treasure YOU and your love and friendship so much.

Now, I would love to hear from you…

What’s new in your world?

If we were having coffee right now, what would you tell me?

I absolutely LOVE reading your responses to this one! Comment below 🙂

Sending you lots of love, and I can’t wait to share our news with you so very soon. 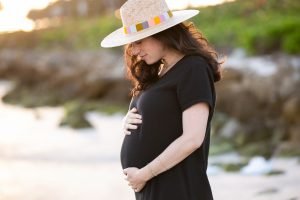 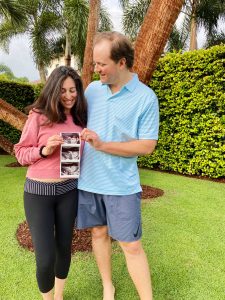 We’re pregnant! + our Fertility Journey to get here (Part 1)